Case Study: "Trending Towards Contemporary" Clean crisp lines are anything but boring..... 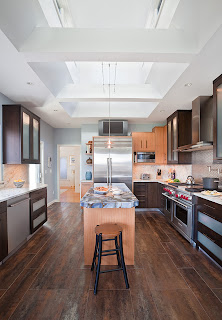 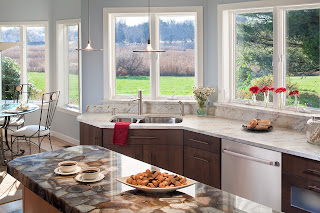 Every design project has it’s challenges and this was no exception to the rule for the designers at Covenant Kitchens and Baths in Westbrook, CT. This Old Saybrook eclectic colonial style home is unassuming on the outside but the inside has taken a beautiful bent toward the home owner’s contemporary tastes.

The scope of this renovation was to gut and remodel the kitchen, powder room, master bath and a secondary bath. Upon its renovation the kitchen most definitely has become the focal point of the home. 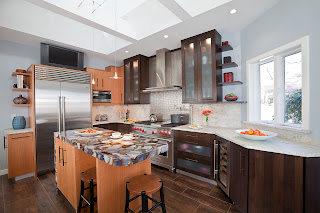 Angular and dated despite a bank of windows showcasing the view of the marsh, the kitchen seemed dim, small and cave-like. The homeowner wanted bigger appliances and a dramatic, contemporary look without changing the footprint of the kitchen or sacrificing storage space. 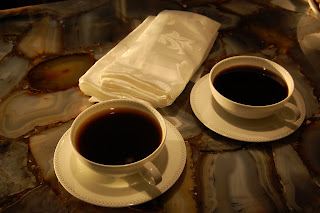 “Being able to make the room seem larger without increasing the footprint of the home was tripping us up for a bit.” says Ciccarello, owner of Covenant Kitchens and Baths. “We came up with the idea to vault the ceiling and add a clerestory with transom windows to give a feeling of spaciousness and a look that was better proportioned to handle the larger appliances” he added. 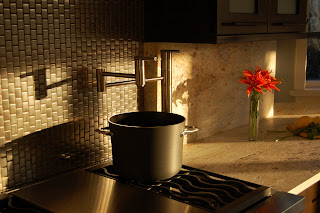 The ceiling, an often neglected surface, was vaulted with careful attention to the home’s exterior look. The clerestory immediately gave the inside space the dose of high drama that was desired by the home owner and some extra curb appeal from the exterior that was intentioned by the designer. 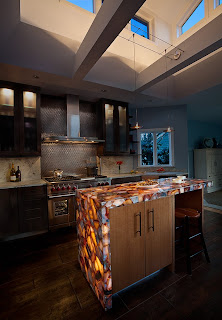 Form and function being equally important, a perfect cache of extra space was gained for storage in the kitchen by recessing a tall pantry cabinet with roll out shelves into a little used closet space in the powder room. Staggered open shelves add visual texture and a place for the homeowner to personalize their space.

Generous scale stainless steel appliances to suit the homeowner’s wish list grace the space with loads of functional amenities. Among their favorites are the six burner range with convenient potfiller, warming drawer in the island and wine chiller. The makings of a perfect party! 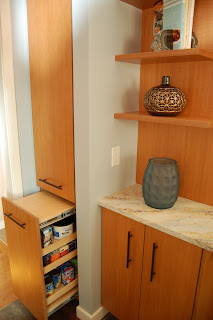 An avid reader of Architectural Digest, the homeowner fell in love with a counter top material he saw in an advertisement for Concetto stone by CaesarStone Quartz Surfaces. He brought the ad to Gerard Ciccarello and inquired about using this product. The material is hand-made from individually cut semi-precious stones that are bound with a semiclear epoxy binder. The homeowner favored the brown agate material. The binder and parts of the agates are translucent.
Ciccarello chose to back light the countertop (with fiber optic lights on a substrate beneath the stone) and use it as the pinnacle of the design.

The warm browns, golds and cool gray blues of the stone were pulled into the room by Covenant designer Kira Van Deusen. “It’s all about the contrast between lights and darks” says Van Deusen 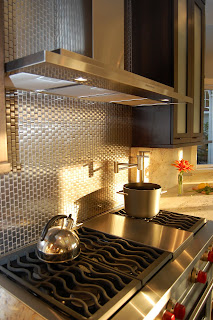 “My favorite projects are the more contemporary projects, even though times have changed and contemporary is more common, these projects are still a departure from the norm here on the Connecticut shoreline”, said Van Deusen. “Recently we are seeing more and more projects like this one where we get to use the latest greatest materials, to me it is the equivalent of an artist discovering a brand new color”, she says, “more room for creativity”.

Previously outdated, dark and lacking drama this kitchen is now a sparkling updated masterpiece with personality plus! The homeowner is ecstatic about their space. They told us that they liked our portfolio photos but now nothing compares to their space.

“Sometimes a client can be afraid that contemporary can become dated more quickly but the truth is that it can be just as timeless as a more traditional style” says Ciccarello. “As long as there is attention to detail and a good solid design framework, a contemporary kitchen and bath can endure the test of time.”

Over the past 20 plus years that Covenant Kitchens and Baths has been designing along the shoreline they have witnessed first hand the turn from using all traditional elements towards cleaner lines, simpler door styles and one or two pieces that really impact the whole picture. There is also a trend toward mixing elements of styles that works well, too. It is not uncommon to see a more contemporary light fixture in a more traditional room. If the pieces are in the right color tones and right scale the sky is the limit! 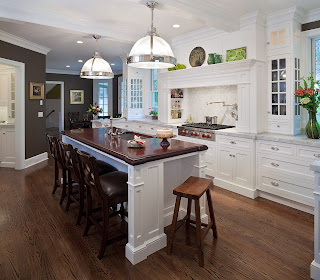 April 8, 2011 More than 300 New England architects and designers recently filled the Clarke showroom in Milford, MA for Clarke’s Fourth Annual Designer Appreciation Night. Clarke awarded trophies to six top designers around New England for their innovative use of Sub-Zero and Wolf appliances in kitchens and other rooms in the home. Clarke’s top three specifiers were also distinguished for their leadership in integration of these high-performance ranges, cooktops, wall ovens, refrigerators, wine storage and more into their vision of what a kitchen could be. Gerard Ciccarello of Covennant Kitchens & Baths, Westbrook, CT receiving his top honors in The Clarke Design Awards from Clarke Director of Marketing Jim Raftus. Gerard Ciccarello, CMKBD, owner of Covenant Kitchens & Baths, Inc. won first place in the New England Clarke Sub-Zero Wolf Design Competition. Only awarding six trophies was a tough call when judges were faced with over 60 entries. Clarke is New E
Read more 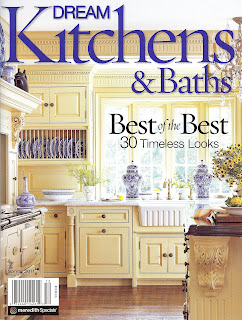 Dream Kitchen & Baths magazine’s cover on the 2011 spring issue is a Covenant Kitchen!! Showcased as one of the thirty timeless looks, this kitchen was one of the winners of the NKBA (National Kitchen and Bath Association) design competition in 2009. European travel influence newlyweds’ style sense. These newlyweds were combining two households and were searching for one voice for their collective style. Before they were married, life was simple - design-wise that is. Each leaned toward clean lines. But it was their love of travel that inspired them to collect antiques from around the world. The objects they purchased were more “old world” than contemporary. Enter Covenant Kitchens & Baths in Westbrook. The designers there helped create a kitchen that would utilize the couple’s one-of-a-kind treasures. First there were some logistics involved. Moving the kitchen from the dark north side of the house to the spot where the dining room had been, ne
Read more 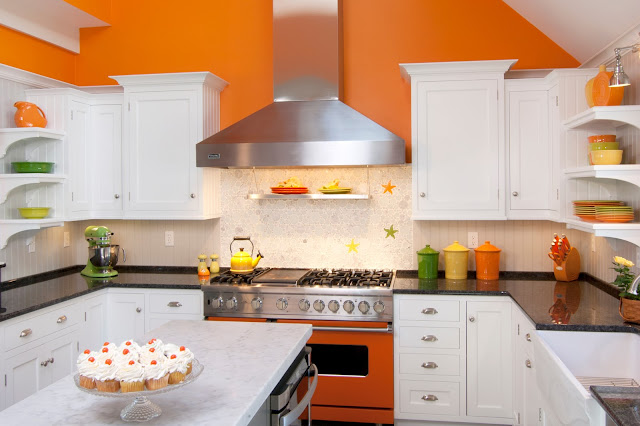 Photo credits to Caryn B Davis. www.carynbdavis.com Burst of citrus brings the kitchen to life Outdated oak cabinets, a small island with a tiled top and inadequate work surfaces were the impetuses these homeowners used to make changes to their quaint Madison summer home.   With no true focal point and double entrances to the kitchen work space, the original layout became a busy thoroughfare and did not give the chef of the day enough space to create his or her signature dish.   In order to remedy these design challenges and drawing on their passion for color, the owners became inspired by an eye-catching, pumpkin orange Viking 48 inch range that became the heart from which the new look began to evolve. “Cheerful” was at the top of the homeowner’s wish list as was a more functional and spacious kitchen.   The home is owned by 2 brothers and their wives and summer draws a large crowd where relaxing and entertaining go hand in hand.   Both families enjoy cooking, bu
Read more